Hot spot 1 and two now behind us we are looking forward to hot spot 3 which will be a tough flight from 300km this weekend weather permitting. But let us stand up and applaud the winners of hot spot 2.

After a week of guessing and wondering what the weather will do as again plenty rain was predicted for Saturday we waited till late Friday afternoon and then sent Paul and Alfred to Ventersburg. They arrived safely at the guesthouse and settled down for the night. At about 1am it started raining here on the farm and I wondered if it will clear up in time before the pigeons arrives. At 04h45 Paul notified me that it was clear skies in Ventersburg. At about 5am I spoke to local fancier in Ventersburg Morne van Biljon and he went to get Paul at the service station from where they drove to the liberation site. The pigeons were given some water to drink and at 06h00 they were liberated with a stiff north easterly headwind. Here at the lofts the rain subsided and I could see the sun starting to appear behind the clouds, it was however a cool morning and I even considered putting on a jacket. (So much for a real summer series so far this season, but the heat will come and then we will wish it was cooler for the sake of the pigeons).

The visitors here at the lofts arrived from about 8am and we sat and chatted as we waited for the pigeons to arrive. General consensus was that they will be arriving from about 09h10 to 09h20. At 09h06 Retief said the pigeons are just behind the lofts coming from race direction, I only saw them as they appeared over the roof of the loft and started circling so they can drop down on the landing board, well 13 of them turned but “Bullet Harry” bred and entered by Hooymans Pigeons from The Netherlands named after it’s trapping ability on Saturday had enough of flying and literally as if shot out of a gun hit the landing board and dropped into the opening of the traps and clocked at 09h07, if you looked at the video of the first kit arriving and you blinked you missed the winner, it is the best trap I have ever had at the lofts and the other 13 pigeons circled around the lofts and then dropped onto the landing board and walked in. in 2nd position we had Lamprecht & Stratus well done Anthony followed in 3rd position by Al-Khaleei Loft and in 4th and 5th position none other than Triple J Lofts. The top 20 pigeons were:
USD

Some really formidable names in the first 2 kits of pigeons to arrive.

For the full results you can follow this link

The pigeons returned at a steady pace and I cannot complain at all, I however could see some are starting to take a bit of strain and will have a tough day at the office the next time they have to fly 3hours plus. I will do my best to get them in the best possible condition for the next hot spot so as to try and send as many to the final race at the end of the month.

I want to reiterate again that we will need to give the pigeons 3 to 4 weeks extra training for the next Gold Cup edition. I would also suggest we add another 2 hot spots to the program (perhaps with less prize money positions) so as to have 2 hot spots from 211km, 2 from 260km and one from 340km to give the pigeons a fairer chance on completing the final race from about 500km. We can then do the final from 550km like in the past as the pigeons would have had enough long training flights to successfully do a 550km final. I would like all participants and potential participants to keep this in mind when pairing up for the next edition, make sure to breed a month earlier as the intake will be closed by end of August.

After the two hot spots the leaders in the ace pigeon competition are Triple J Lofts followed by Gys & Formyn. The link for the ace pigeons here

Also note that by end of business tomorrow afternoon Tuesday 11 January 2022 all non-activated pigeons become available for entry by any 3rd party. The costs to activate a “spare” pigeon is 500US$ and if you do decide to activate any of your pigeons please notify me via whatsapp and send the proof of payment to my cell phone number. 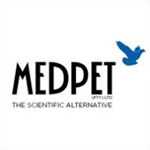 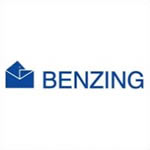 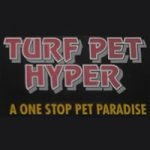 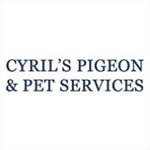 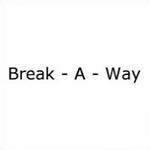